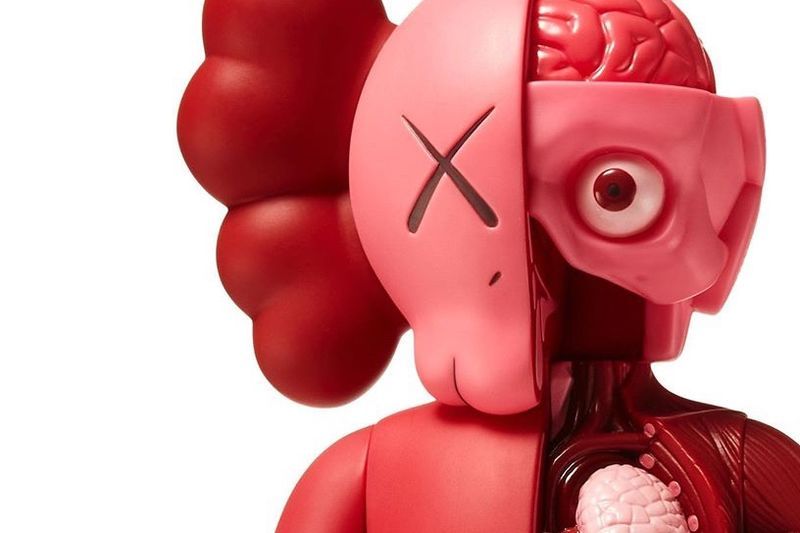 These New KAWS Figurines are Available in a 'Blush' Colorway

Unlike previous versions of the sculpture, the latest version comes in a red and coral colorway, which makes the side that features the exposed anatomy of the character a little more graphic looking. When this side is revealed, part of the character's brain is shown, along with its intestines, organs, muscles, and even its eyeball, which is normally hidden by a large cross. Alternatively, the side that features the exposed anatomy can be hidden with a shell, which makes the character look more uniform.

The new KAWS toy is set to launch on April 18th, when it will be available at the Yuz store in limited quantities.