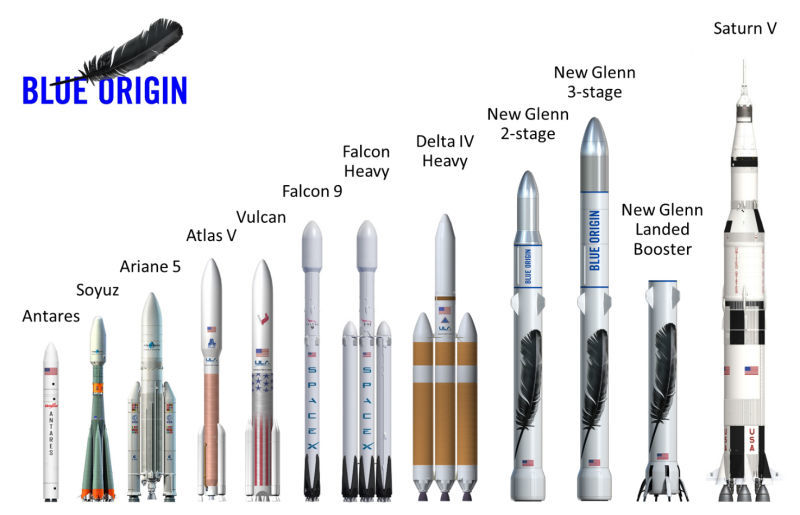 Joey Haar — September 13, 2016 — Tech
References: blueorigin & gizmodo
Share on Facebook Share on Twitter Share on LinkedIn Share on Pinterest
The 'New Glenn' rocket, a model recently announced by the space exploration company Blue Origins, will be the second tallest rocket ever built, falling short of only NASA's now-defunct Saturn V rocket. The difference between the Saturn V and the New Glenn is that the former was a single use vessel while the latter is a completely reusable piece of machinery.

The tallest version of the New Glenn rocket, its three-stage model, will stand at 95 meters tall (or 313 feet.) This height will be girded by a 23-foot diameter rocket booster that subsequently packs 3.85 million pounds of thrust.

With that much power, Blue Origin's founder Jeff Bezos, known for being the founder of Amazon, announced that the reusable rocket will be capable of exiting low Earth orbit during missions.
3.4
Score
Popularity
Activity
Freshness
Attend Future Festival Virtual