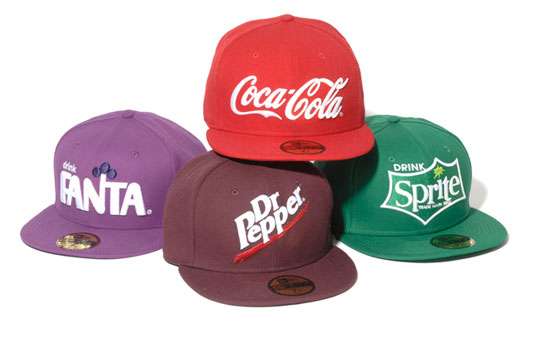 Francis Tiangson — March 16, 2011 — Lifestyle
References: store.neweracap.jp & highsnobiety
Share on Facebook Share on Twitter Share on LinkedIn Share on Pinterest
A New Era x The Coca-Cola Company collaboration has resulted in the creation of the Drink Logo collection, which boasts of instantly iconic hats. The logo treatments and placements are simple and blend only the best parts of the two major brands.

Fanta, Sprite, Dr. Pepper and, of course, Coca-Cola, are the drink selections whose easily recognizable logos have made it to the front panels of these New Era hats. The colorways that each hat comes in is directly influenced by the cans that the drinks are most known for. Coca-Cola gets the classic red, Dr. Pepper in its distinct burgundy, Sprite in its fresh green, and Fanta in a brilliant purple. These New Era x The Coca-Cola Company hats definitely hit the spot.
4.2
Score
Popularity
Activity
Freshness
Access Advisory Services