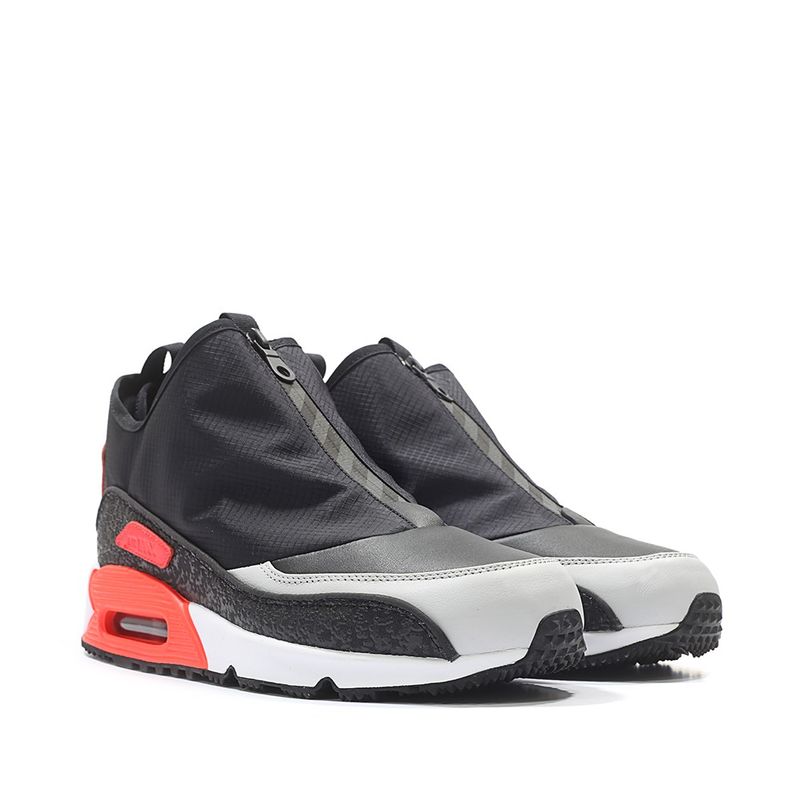 Similarly to an update that was released just last year, the company has reworked one of its classic models with a modern edge that doesn't stray too far from its retro appeal, taking on the 'Utility' silhouette and diversifying it in order to appeal to a broader range of consumers. For this round, Nike constructs the upper with a flexible, lightweight and water-resistant material -- which is split down the center with a zipper that makes it quicker to put on and less susceptible to leakage.

Meanwhile, Nike incorporates the thick supportive sole that makes the Air Max 90 so recognizable, however adds to it with varying textures and colors it red, black and white.
6.7
Score
Popularity
Activity
Freshness
Attend Future Festival Virtual