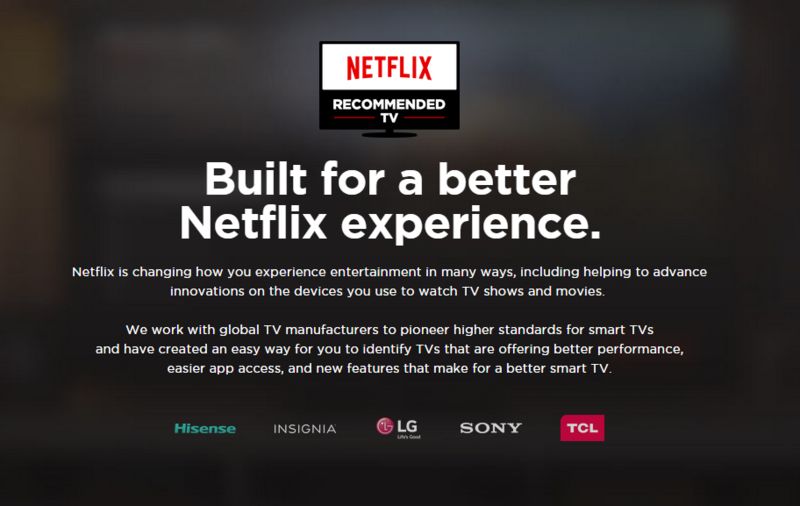 Meghan Young — April 14, 2015 — Pop Culture
References: devices.netflix & highdefdigest
Smart televisions that are capable of superior performance can now be given another seal of approval through the Netflix Recommended TV program. One of the first brands to be lucky enough for such a designation is LG thanks to its 2015 OLED and LED models. The criteria for such a recommendation spans over seven features: Fast App Launch, Fast App Resume, Fast Video Playback, Netflix Button, Easy Netflix Access, TV Instant On and Latest Netflix Version.

The Netflix Recommended TV program highlights the capabilities of smart TVs today and how it connects to the growing Internet of Things phenomenon. Although specifically geared towards an adoption towards streaming content, Netflix Recommended TVs including LG, Sony, Hisense, TCL and Insignia point to desire for integrated entertainment systems in the home.
2.1
Score
Popularity
Activity
Freshness