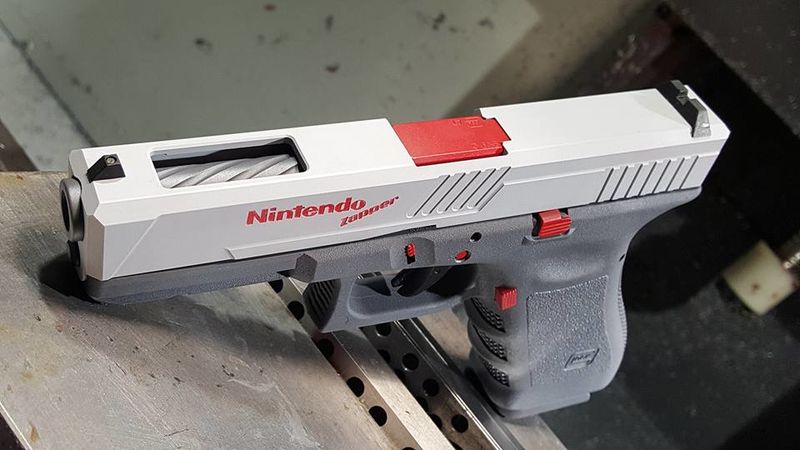 Michael Hemsworth — April 11, 2016 — Art & Design
References: facebook & geeky-gadgets
The NES Zapper was a harmless video game controller from the 80s, but has now been transformed into a firearm courtesy of Precision Syndicate.

Created by the brand as a custom firearm for a customer, the gun is not set for mass production and claimed by the brand to never be so. Despite controversy over the guns likeness to a child's toy, the unit offers a glimpse behind the precision the brand is capable of offering. Social media went into a frenzy over the design with many either thinking it was awesome or one step too far.

The Precision Syndicate NES Zapper gun was created by the brand in Texas and operates, despite looking like a controller, like a real firearm. The gun has been called the 'Nintendo Glock' by many of those showing praise for the design online.
6.4
Score
Popularity
Activity
Freshness