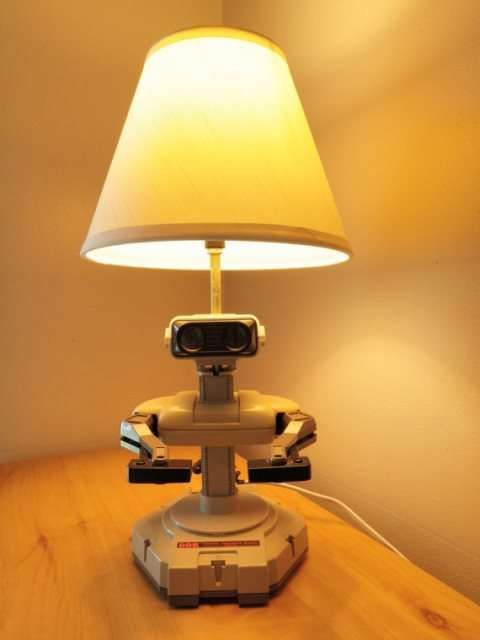 Michael Hines — July 3, 2013 — Art & Design
References: etsy & technabob
Share on Facebook Share on Twitter Share on LinkedIn Share on Pinterest
The NES R.O.B. lamp is one piece of gamer furniture that only the most hardcore of video game enthusiasts will dig. The R.O.B. (Robotic Operating Buddy) was created by Nintendo as a way to differentiate its NES from the tons of other consoles available in America. It could rotate 360 degrees, move its arms, pick up objects and play two games.

The R.O.B. was a marketing ploy more than anything else, but it was still successful. That being said, the spunky robot faded into obscurity, much like Nintendo's other 1980s creations. (Anyone remember the power glove?) Etsy merchant Woody6Switch has given the robot new life, turning it into the ultimate niche gamer desk lamp. He has preserved the robot's functionality, meaning that this may be the only lamp that can pick objects up and play NES games. The NES R.O.B. lamp is currently on sale for $125.00
3.4
Score
Popularity
Activity
Freshness
Jeremy Gutsche Keynote Speaker