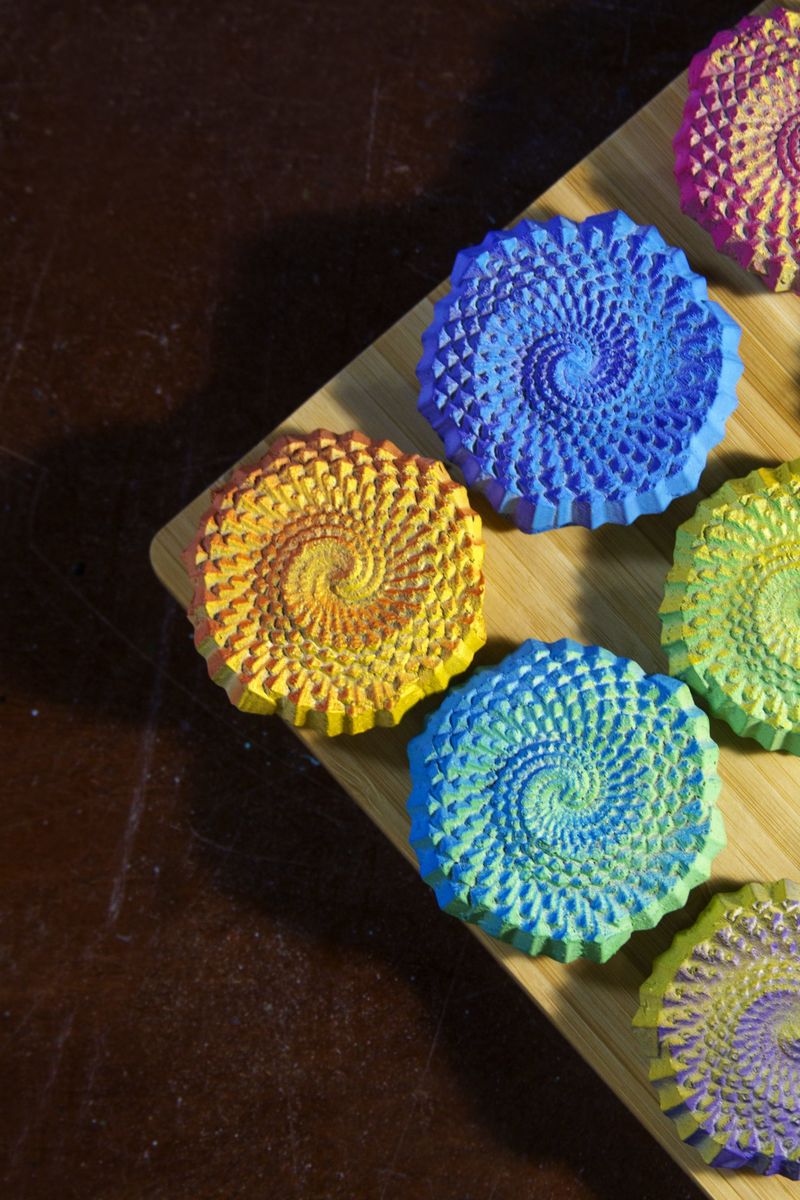 The 3D-printed cakes fuse the future of food and technology to offer incredibly complex cake forms. The cakes begin as digital 3D models that are then "fabricated by [a] team of robots and chefs" and airbrushed with colorful gradients to accent their intricate forms.

As well as being visually appealing and complex, the ingredients that go into the cake are also far from simple—rather than boasting just a simple batter, the Neon Nom Noms have texture-rich fillings of dark chocolate, marshmallows, pretzels and nougat, making for a perfect blend of sweet and salty flavors.
5.5
Score
Popularity
Activity
Freshness