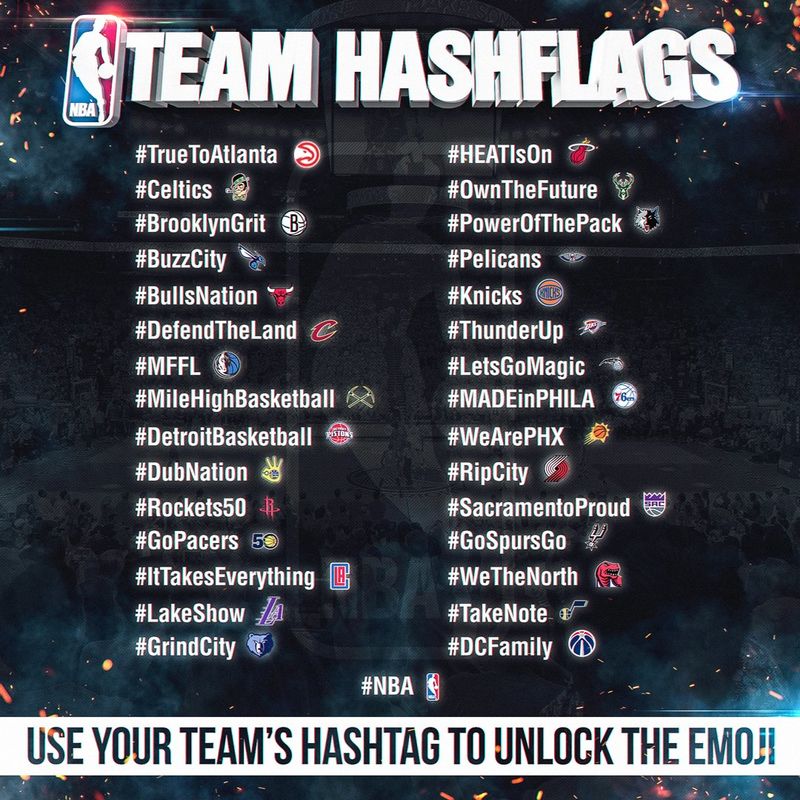 For the most part, the hashtags that accompany the NBA team emojis specifically reference some aspect of that city's NBA team. For example, the Toronto Raptors' hashtag is #WeTheNorth, after the team's motto, while the Detroit Pistons' #DetroitBasketball is a reference to the infamous chant that echoes throughout The Palace of Auburn Hills.

The NBA is well aware of the volume of conversations taking place on Twitter around its games, so the introduction of team-themed emojis is a good way to centralize discussion and bring fans together.
1.3
Score
Popularity
Activity
Freshness
Attend Future Festival