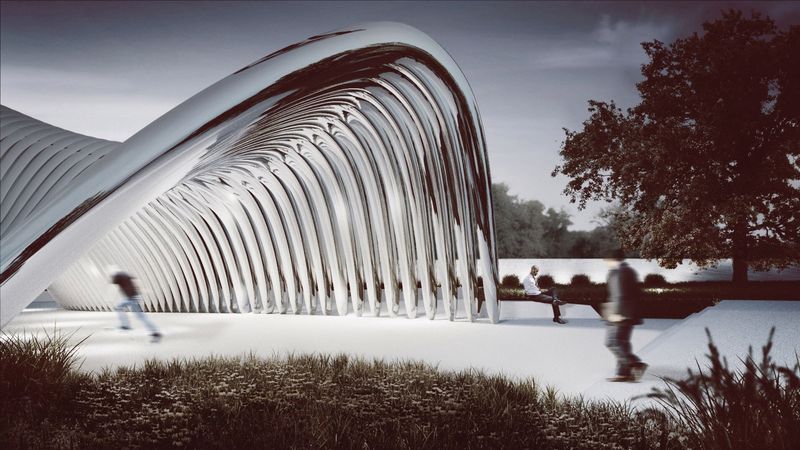 Joey Haar — July 14, 2017 — Art & Design
References: archdaily
Though Oskar Zieta's NAWA Pavilion is made from solid steel, it has a weightless appearance that stems from its clever construction technique. The pavilion's elegantly flowing steel arches aren't made from solid metal — rather, each arch is inflated with air, making it literally lightweight while also contributing to its ethereal allure.

The NAWA Pavilion's lightweight steel arches are made with a method called FiDU, which was invented by Zieta himself during his PhD work at ETH Zurich. He's used FiDU on other projects in the past, but the NAWA Pavilion is the first to employ it exclusively for the entire structure.

Wroclaw has recently been working on a revitalization of Dailowa Island, and the NAWA Pavilion was commissioned by the city's officials as part of that effort.
3
Score
Popularity
Activity
Freshness

Modernist Estate Pavilions
The St. Gerlachus Pavilion is on an Historic 17th Estate in Holland