How to Raise Pirates 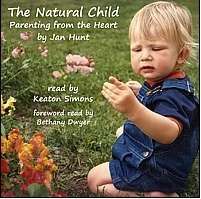 Often, before the parent practicing natural parenting philosophies has a chance to answer, the questioner has made up his/her mind that the child is doomed once they reach adulthood.

Here's what they don't hear: Instead of rules, principles are practiced. Instead of spanking or grounding, gentle intervention is used as an opportunity to teach a life lesson. Gasping at the notion of 24/7 unrestricted TV and video game access implies that that is all children want to do.

Natural parenting philosophies, as radical they may sound, are misunderstood because human beings have almost a knee-jerk reaction in that they feel the way they parent or were raised is somehow being attacked.

Curiously, a lot of parents who implement the philosophies of natural parenting are often secular to mildly religious.