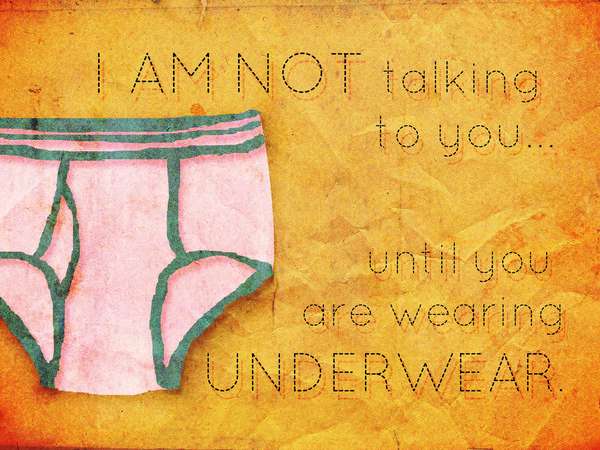 Titled ‘Things I’ve Said to My Children,’ Nathan Ripperger catalogues the absurd sentences that leave his mouth in a meme-like manner. Because the phrases are so hilarious, these posters are accessible to people of any age, and they’re made even funnier when viewers try to envision the exact scenario in which Ripperger has to say these things.

When you can utter, “What are you doing? Oh, hitting the cat door with a snorkel,” nonchalantly, you know you’re a true parent.
5.6
Score
Popularity
Activity
Freshness
Attend Future Festival