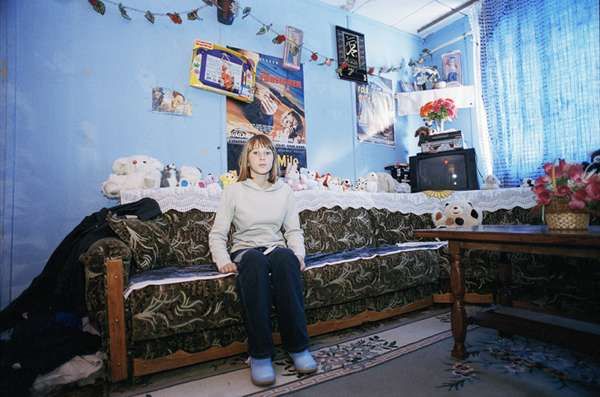 Marie C. Hudson — August 25, 2011 — Life-Stages
References: nathaliemohadjer & booooooom
Share on Facebook Share on Twitter Share on LinkedIn Share on Pinterest
The refugee camps of Bosnia are documented in the Nathalie Mohadjer 'Blood Honey' photo series, which shows the area ten years after the war. The pictures place much focus on the Bosnian children who have grown up in the camps and some who were even born there. Each picture tells a number of stories of the people living there and more generally speaking, of the country's social welfare and living conditions for displaced farming families.

The powerful photos show the poverty-stricken area overcoming challenges and self-destructive behavior, like drug use, but they also show a sense of hope in the younger subjects. Ben Alper explains of the German artist Mohadjer's series, "Displayed in the faces and interiors of Grab Potog exists a perseverance that can only be found in the face of extreme adversity."

Extremely interesting and moving, the Nathalie Mohadjer 'Blood Honey' series is a study in human behavior and the effects of war on countries worldwide. I've always been a fan of her work, and these photos certainly do not disappoint.
1.8
Score
Popularity
Activity
Freshness
Jeremy Gutsche Keynote Speaker