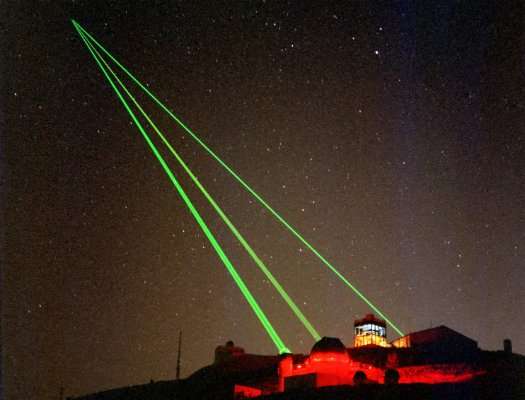 NASA's New Laser System Could Reach Out to Mars and Jupiter

Jen Chae — July 19, 2013 — Tech
References: mashable
NASA's new laser system is high-precision and far-reaching; it just might be enough to reach planets like Mars and Jupiter. The moon is thousands of miles from Earth, which is relatively close compared to Mars and Jupiter that are millions of miles away. NASA's Jet Propulsion Laboratory at the California Institute of Technology has prepared for a break-through laser system that will reach these planets -- or at least come close to it.

NASA successfully sent beams to the moon using passive-ranging lasers that bounce light off a reflector. The problem with this system was that once distance started to increase, the light beam would start to fade. The new light will not be more powerful in its beam, but it will be accompanied by higher quality synchronized receivers. Though the system has only been field-tested on Earth as of now, scientists say that the beams should reach other planets in principle.
1.6
Score
Popularity
Activity
Freshness