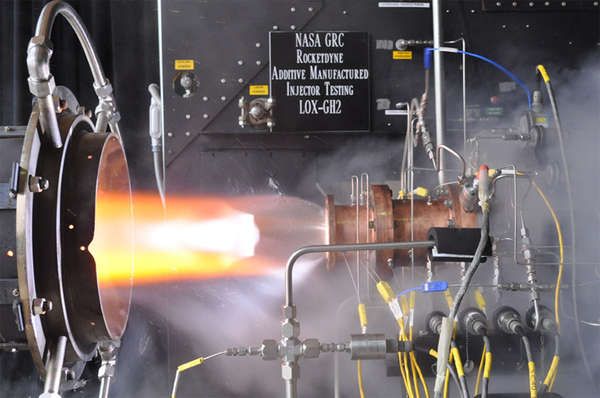 Paul Maccarone — July 16, 2013 — Tech
References: nasa.gov & geek
Share on Facebook Share on Twitter Share on LinkedIn Share on Pinterest
NASA's 3D-printed rocket engine is one of the most groundbreaking creations of the year. The evolution of the uses for 3D printing are accelerating at literally light speed. Whether it's 3D-printed casts or prosthetic limbs, the ability for this technology to push the limits is astounding. NASA used selective laser printing that utilizes a high-powered laser to melt the structure while infusing it with metallic powders to both increase the heat resistance and strengthen it -- definitely not the traditional 3D printing most are used to.

Just how much of an impact could this make? As NASA explains, "This type of injector manufactured with traditional processes would take more than a year to make, but with these new processes it can be produced in less than four months, with a 70 percent reduction in cost." Not only is the process faster, but a reduction in cost of that size when looking at the huge amount of money it traditionally takes is literally a massive discovery. The future is definitely bright with NASA's 3D-printed rocket engines.
6.7
Score
Popularity
Activity
Freshness
Attend Future Festival