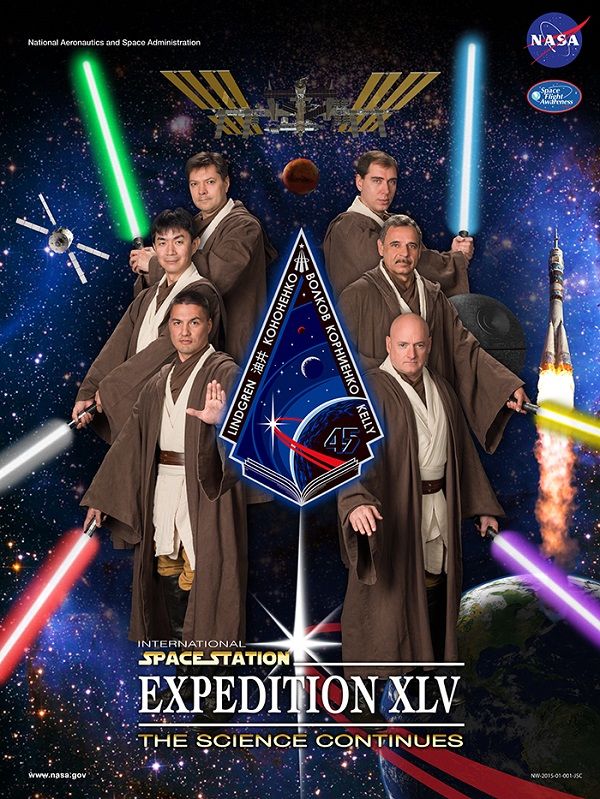 NASA is Photoshopping Its Astronauts in Movie Posters

Kalina Nedelcheva — December 19, 2018 — Pop Culture
References: nasa.gov & designtaxi
These NASA posters are incredibly entertaining. For an agency that deals with some serious stuff and produces groundbreaking imagery — one of the more recent ones being the first image from inside the sun's atmosphere, the design team surely has a sense of humor. In an attempt to humanize its astronauts in a light-hearted manner, the space agency produces a series of NASA posters that boasts its employees in notable movie franchises.

The astronauts have been playfully inserted via Photoshop in film posters, inspired by movies like Star Wars, Pirates of the Caribbean, the Matrix and more. From 'Expedition 42's Guide to the Galaxy' to 'Pilots over the Caribbean: Expedition Thirty,' the NASA posters boast a clever spin on the titles. These creations are hung both in the agency's facilities and are used as advertising tools.
5
Score
Popularity
Activity
Freshness