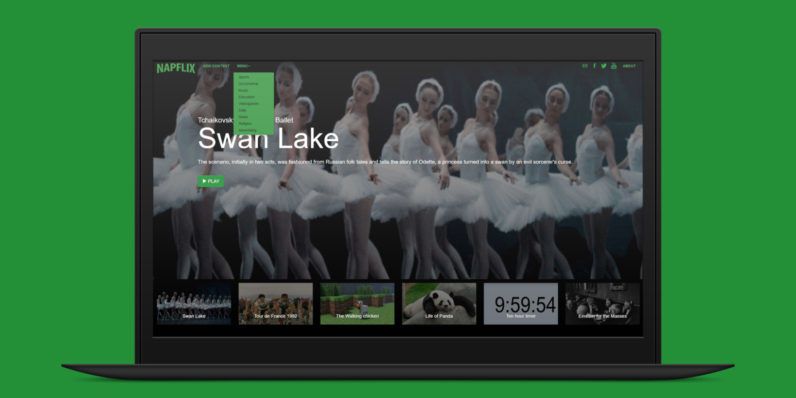 Joey Haar — November 3, 2016 — Pop Culture
References: napflix & thenextweb
Share on Facebook Share on Twitter Share on LinkedIn Share on Pinterest
Napflix is a video streaming service with content that isn't meant to be watched. People have gotten so attached to streaming services like Netflix or Hulu that their nighttime routines often involve curling up in bed with a laptop and a good TV episode rather than a book. Recognizing this, Napflix collects intentionally sleepy content from around the internet for people looking to doze off while streaming.

Napflix pulls the majority of its content from YouTube. While, technically, this means that a user could go on to YouTube themselves to find tiresome videos, Napflix personal curation makes it far easier to scroll through languid clips in one place.

Some of the videos on Napflix include a video of a burning fireplace, a flight simulator, a truck driving simulator, a curling match, and a ballet.
0.9
Score
Popularity
Activity
Freshness
View Innovation Webinars