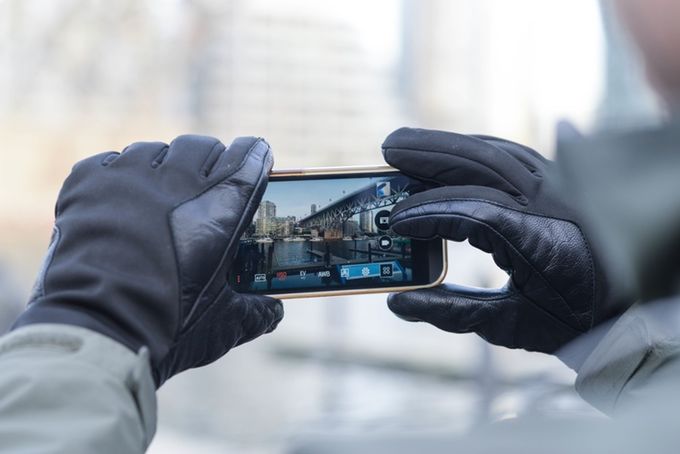 Joey Haar — November 10, 2016 — Tech
References: kickstarter & gizmodo
Share on Facebook Share on Twitter Share on LinkedIn Share on Pinterest
With winter around the corner, Nanotips Taps are a convenient way for people to stay connected to their mobile devices without freezing their fingers off. More than just a system to let users access touchscreens while wearing gloves, Nanotips Taps even allow users to get into fingerprint-locked phones and devices.

Anyone who lives in a cold clime knows that touchscreen gloves have been available for as long as touchscreen devices have been ubiquitous on mobile devices. However, new security features like fingerprint-locking have defeated the purpose of such winter gear. That is, until the advent of Nanotips Taps.

The Taps are fingerprint-sized stickers that adhere firmly to the digits of users' gloves. Rather than having someone's actual fingerprint on them, the stickers are each embedded with their own unique prints. Users simply have to register the stickers as approved prints on their phones, and they will be able to get in without taking off their gloves.
1.4
Score
Popularity
Activity
Freshness
View Innovation Webinars