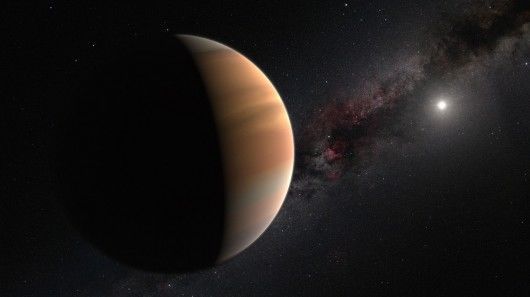 This Competition Gives You the Chance to Name a Planet

Rahul Kalvapalle — December 9, 2014 — Tech
References: iau.org & gizmag
Share on Facebook Share on Twitter Share on LinkedIn Share on Pinterest
The International Astronomical Union, the organization responsible for coming up with names for celestial objects, is organizing a global contest that will let people around the world pick the names of 20-30 exoplanets and their host stars by August next year. The results will be decided via an online vote.

The competition and voting process will take place on the NameExoWorlds website, with astronomy clubs and non-profits around the world free to register. Naming proposals must be accompanied by a 250-word rationale explaining the choice. The general public will then be able to vote to select names in April, with the final results likely to be announced in August 2015.

Only organizations -- rather than individuals -- can directly submit naming proposals, but organizations can involve anyone in the decision process and can conduct their own polls and competitions to come up with a name to be proposed to the IAU.

Names can't be longer than 16 characters, should preferably be only one word and must be pronounceable in some language. Planets can't be named after living people or indeed places or events known for political, military or religious reasons.