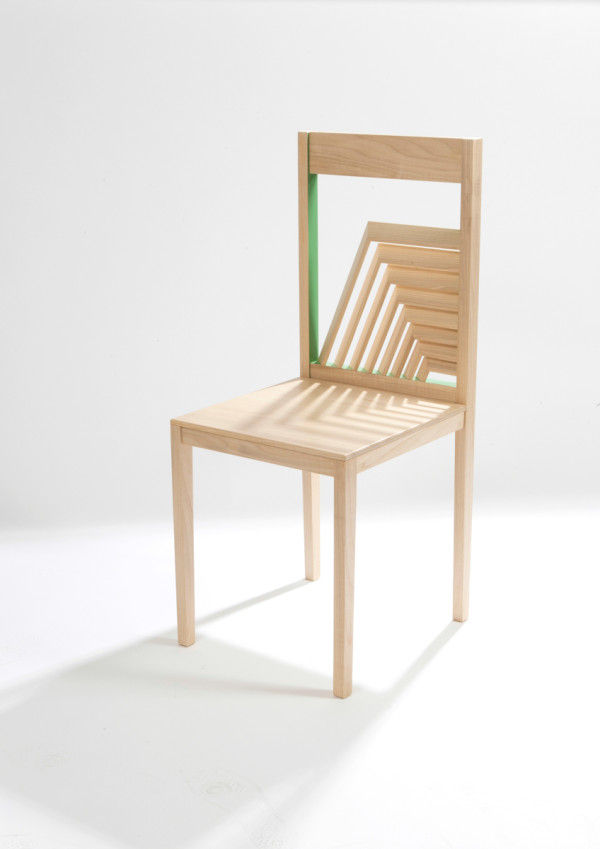 Narcissus by Kimxgensapa Design Studio is Inspired by a Greek God

Meghan Young — August 11, 2014 — Art & Design
References: kimxgensapa & design-milk
Share on Facebook Share on Twitter Share on LinkedIn Share on Pinterest
The Narcissus collection is filled with mythical mirrored furniture inspired by the Greek god it is named after. Yet unlike previous designs influenced by Narcissus, these ones don't rely on actual mirrors to create a never-ending reflection. Instead, the furniture features repetitive elements that make it appear as though it is being mirrored, but in reality it isn't.

Designed by Kimxgensapa Design Studio, the mythical mirrored furniture are clean and simple with surprisingly practical details. For instance, the back of the chair can be used to hold magazines and other items while the bookcase features secret compartments for an element of surprise. About the mythical mirrored furniture, the designer writes, "Appreciate the ordinary look. Look closer to make it extraordinary."
6
Score
Popularity
Activity
Freshness
Get Better and Faster