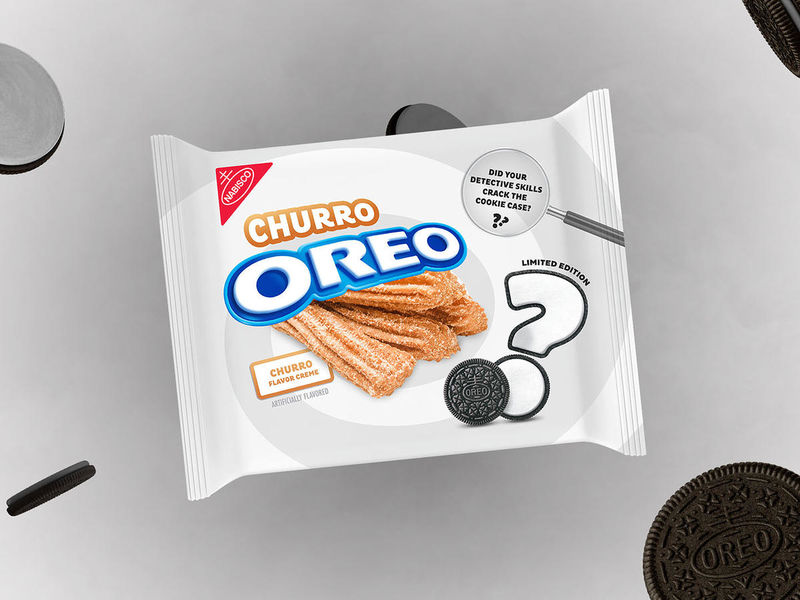 The Mystery Oreo Cookie Was Revealed with Churro-Flavored Creme

Laura McQuarrie — December 3, 2019 — Lifestyle
References: MysteryOREO & myrecipes
After disappearing for a few years, Mystery Oreo cookies were reintroduced a few months ago, along with the chance for fans to win a top prize of $50,000 for correctly guessing the new flavor. Oreo is now officially revealing that its Mystery Oreo flavor with a cinnamon scent was based on churros.

Although the cookies boast the same classic black and white appearance as ever, the cookies are filled with a churro-flavored creme—which many people were quick to pick up on, although others speculated funnel cake, graham crackers or gingerbread based on the hints of cinnamon they detected in the Oreo cookies.

Inspired by the popularity of street fair and carnival food, Oreo set out to create a flavor to delight fans.

Mysterious Sandwich Cookie Flavors
Mystery Oreos are Back with a Chance to Win $50,000