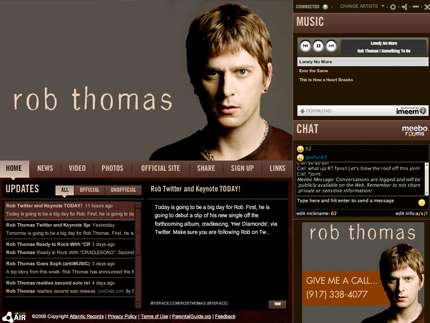 'Fanbase Mobile' App Lets You Engage With Your Fav Singers

The service also gives fans a way to communicate with their faves. Users are able to reply to Tweets and post to the artist’s “wall” - even leave them voicemail.

The mobile application was introduced on March 31st, 2009 at the CTIA conference in Las Vegas where featured artist Rob Thomas headlined the Billboard Mobile Live Event.