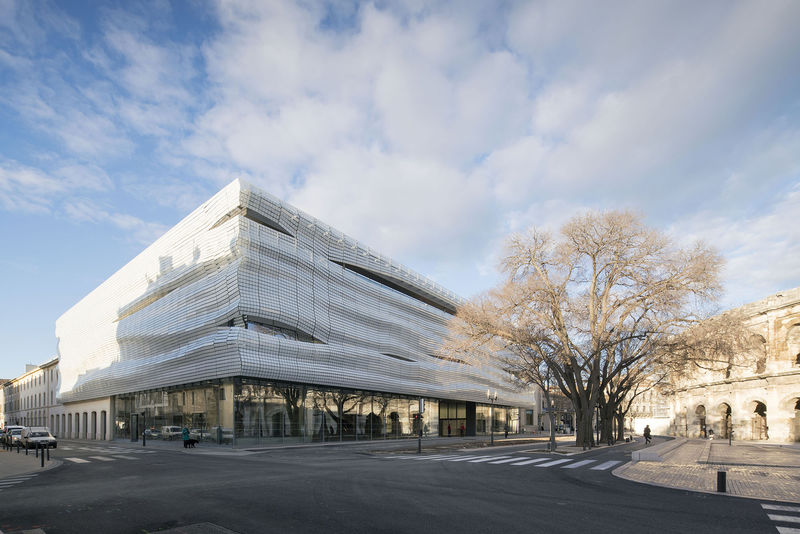 Joey Haar — June 15, 2018 — Art & Design
References: archdaily
Share on Facebook Share on Twitter Share on LinkedIn Share on Pinterest
Ancient Roman culture is one of the cornerstones of Western European society as it exists today, and the Musée de la Romanité is a building that celebrates that classical influence in both design and function. The popular museum in Nimes, France, is one of the world's largest repositories of Roman antiquities, and it was also designed with direct inspiration from the culture of Ancient Rome.

The most notable feature of the Musée de la Romanité is its facade, which is composed of a series of undulating glass tiles. Taken as a whole, these tiles form an abstract mosaic, and mosaics were one of the most popular forms of art in Rome. Further, the flowing pattern is meant to mimic the draping of a toga.