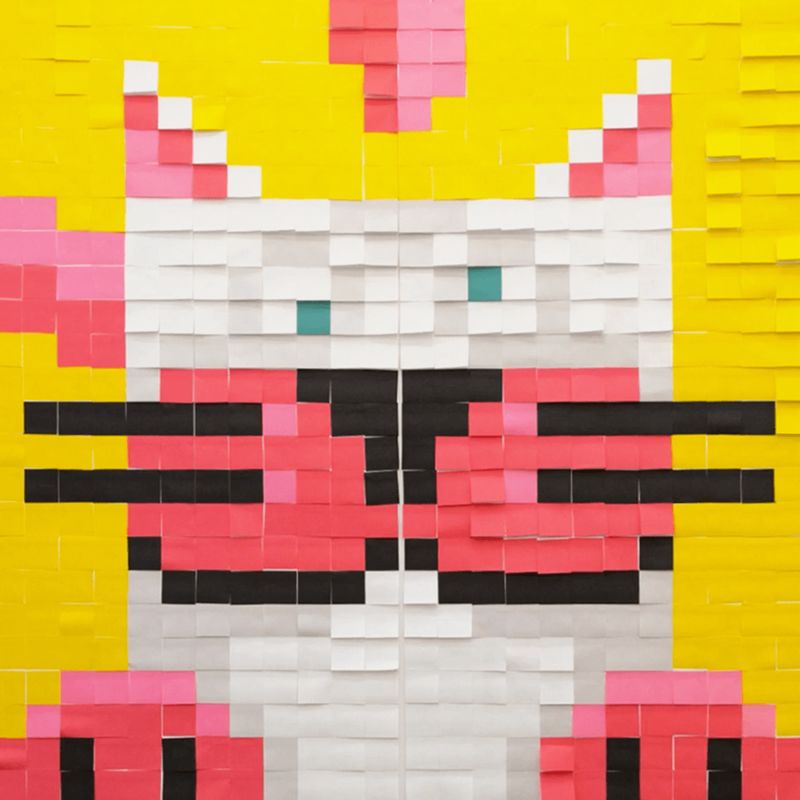 Joey Haar — September 19, 2017 — Art & Design
References: muralkit & fastcodesign
It may not be the company slogan, but everyone knows that Post-it notes are the physical pixels of the world, and Buzzfeed has partnered with 3M to make that common aphorism a reality with its new MuralKit system. The project, which is being released under the new Buzzfeed Product Labs label, lets consumers turn pixelated images large scale by giving them a schematic for how to lay out different colored Post-it notes accordingly.

Each MuralKit design has been conceived ahead of time. The kits themselves come with all of the colored Post-its necessary for the design as well as a paper backing. The backing serves as a numbered guide for each color of Post-it, as well as a way to make it easier to remove the entire mural in one pull.

MuralKits come in nondescript boxes, making them an ideal surprise gift for friends; they won't know what they're designing until they're nearly finished.
3.1
Score
Popularity
Activity
Freshness