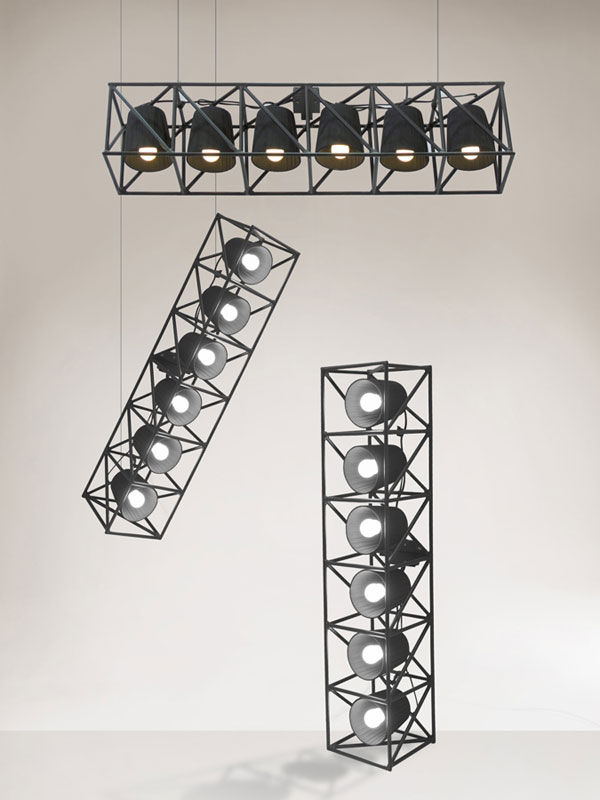 The Multilamp Series by Emanuele Magini is Made for Stage Lovers

Meghan Young — September 25, 2013 — Art & Design
References: emanuelemagini.it & yankodesign
Share on Facebook Share on Twitter Share on LinkedIn Share on Pinterest
There is something very dramatic about the lighting at a concert, and that doesn't just include the visually striking light shows that complement the songs being performed; as the Multilamp Series shows, even the 'basic' fixtures are eye-catching. Full of the sort of energy that only a live performance could do justice to, the Multilamp Series miniaturizes the large light fixtures for the home.

Designed by Emanuele Magini, a designer born in Arezzo, Italy, the Multilamp Series is comprised of various versions. From long ceiling suspended forms to squarish table designs, there is something for every purpose. For those who have always wanted the bright lights of the stage on them, the Multilamp Series will fulfill that dream.
3.6
Score
Popularity
Activity
Freshness
Get the 2021 Trend Report FREE