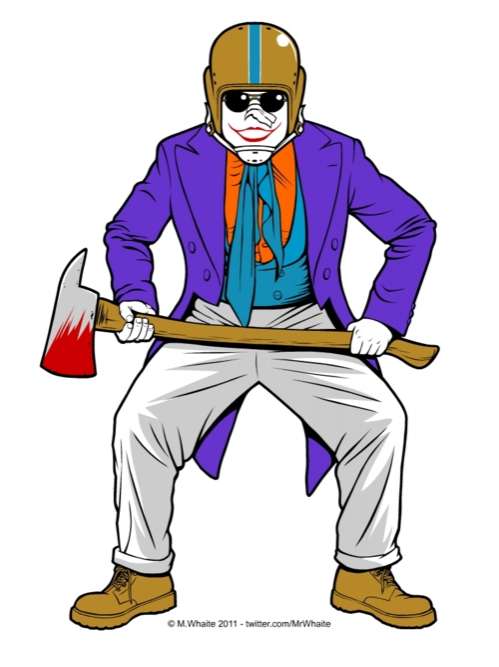 Carly Foy — June 7, 2011 — Art & Design
References: mrwhaite.tumblr & redbubble
British graphic artist MrWhaite has managed to create the perfect blend of an actor and his iconic roles through his mashups.

MrWhaite's illustrations have started to spin into an awesome series. Starting with Johnny Depp, MrWhaite has taken iconic wardrobe pieces from Depp's flicks such as Alice In Wonderland, Pirates Of The Caribbean, Fear And Loathing in Las Vegas, Charlie and The Chocolate Factory and Rango to incorporate into his works. This is just one amazing example of MrWhaite's talent. My favorite is tied between MrWhaite's Will Ferrel and Robert Downey Jr. works, as the flawless execution of the two pieces is truly breathtaking.

MrWhaite has also done tributes to the late Jim Henson (the Muppets creator) as well as a birthday tribute to Frank Oz. MrWhaite's illustrations are available for purchase on t-shirts, prints and stickers.
4.9
Score
Popularity
Activity
Freshness