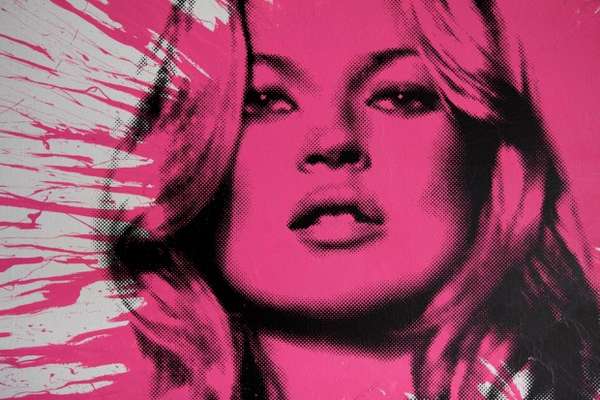 Felicia Moursalien — January 3, 2012 — Art & Design
References: artshow2011 & hypebeast
Share on Facebook Share on Twitter Share on LinkedIn Share on Pinterest
Get a solid dose of mainstream figures redone in bright and sassy designs in the Mr. Brainwash Art Show 2011. The Parisian artist, Thierry Guetta, is being featured in North La Brea of Los Angelas and his latest exhibit opened on December 22nd. Despite the holiday season, there was a line up of over 500 people waiting to feast their eyes on his eye-popping work. Mr. Brainwash, also known as MBW, has been a long time resident of LA and wanted to do something mind-blowing in his adopted hometown. The work features Andy Warhol like renditions of famous figures such as John Lennon and Yoko Ono, Mickey Mouse and more.

MBW is renowned for his street art, as featured in Bankys' documentary 'Exit Through the Gift Shop' and has brought some of that collectivist graffiti mindset to his own installation, allowing artists to come and add a piece of their own art to the space.
6.6
Score
Popularity
Activity
Freshness
Get Trend Hunter Dashboard