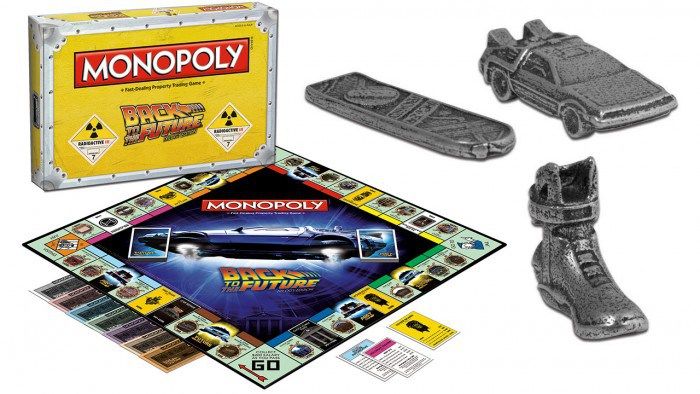 In March, Monopoly teased fans by advertising the pseudo plutonium case that the game would come in. Now they've released more, like the inclusion of game pieces like the hoverboard, the DeLorean time machine, Einstein the dog and the Hill Valley clock.

On the board there are spaces that send you back in time or to the future. Instead of railroads there are memorable props like Marty's skateboard and the bank takes $100 when the player lands on "Support the Clock Tower Fund."

The movie-themed board game brings players to 1885, 1955, 1985 and finally the very "futuristic" year we live in! Careful not to break the flux capacitor or you may never return!
3.3
Score
Popularity
Activity
Freshness
Get Better and Faster