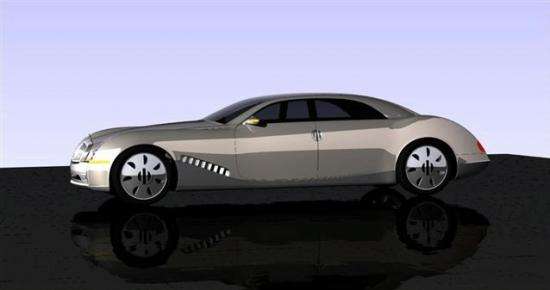 The car will utilize "Barotex," an inorganic fiber which is made from volcanic rock, a material said to be superior to carbon fiber, fiberglass, and Kevlar.

DiMora says, "When we began designing our 16-cylinder engine that would erupt with 1200 horsepower, we decided to call it the Volcano V16. It's only natural that we now surround the DiMora Volcano with volcanic rock from Barotex."

The hand-built DiMora Natalia will be competing with luxury cars like the Bugatti Veyron, seen below.