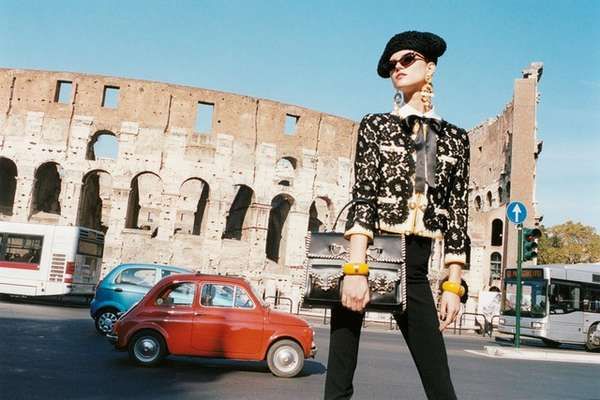 Meghan Young — December 23, 2011 — Fashion
References: moschino & fashiongonerogue
Share on Facebook Share on Twitter Share on LinkedIn Share on Pinterest
The Moschino Spring 2012 campaign continues the Spanish theme by using a matador arena as its backdrop. Since it is inspired by the matador's traditional costume, it is only natural that the ad campaign would highlight the sport and culture. Thankfully, there were no bulls in attendance, otherwise things could have gone from stylish to ugly in a flash.

Lensed by fashion photographer Juergen Teller, who shot the previous Moschino ad campaign, the Moschino Spring 2012 campaign stars the stunning Kasia Struss. She was flown to Rome, Italy, just for this photo shoot. Clad in one of the most eye-catching outfits of the Moschino Spring 2012 collection, Struss strikes quite the pose. From head to toe, she is every bit the top model, while the ensemble gives her a unique Italian flair.
3.2
Score
Popularity
Activity
Freshness
Jeremy Gutsche Keynote Speaker