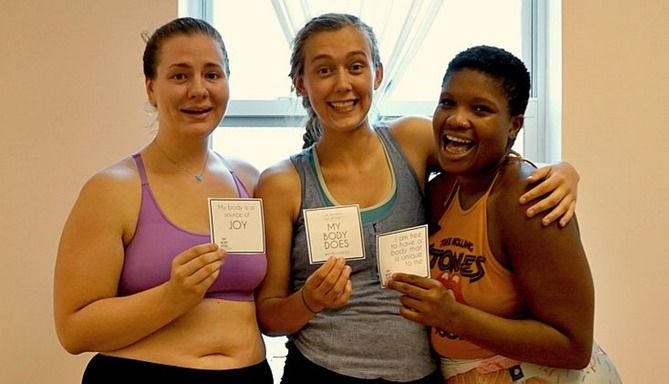 This Social Media Campaign Focuses on More Than Appearance

Katherine Pendrill — November 10, 2015 — Social Good
References: mybodydoes & bustle
'#MyBodyDoes' is a body positive campaign that focuses on more than appearance. Although many body positive initiatives focus on aesthetics, the issue of size acceptance is far more complex. This campaign aims to bring diversity and nuance to discussions about body image, health and overall well being.

The #MyBodyDoes campaign was started by Jess Andersen and Ashley Simon as a way to celebrate the uniqueness of all bodies. Instead of focusing on aesthetics, the campaign celebrates "what our bodies can do and how we relate to them." To spread the message about a more inclusive concept of body positivity, Andersen and Simon encourage users to use the hashtag '#MyBodyDoes' on social media. Users are also encouraged to display 'affirmation stickers,' which promote the idea of body acceptance and self love.