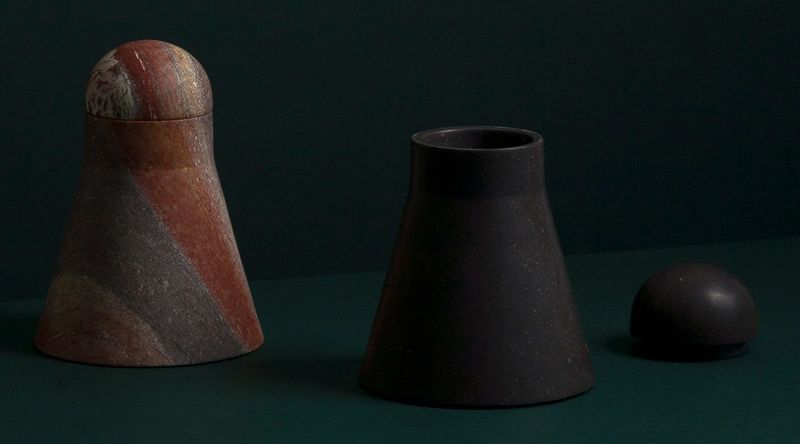 Joey Haar — June 12, 2018 — Art & Design
References: dezeen
Share on Facebook Share on Twitter Share on LinkedIn Share on Pinterest
In popular culture, volcanoes are most often depicted as massive destroyers, and while that portrayal certainly rings true, the Monolith Series shows the more creative side of the natural wonders. The collection of 80 home accessories, which was designed by Chilean studio 'Bravo!', is made entirely out of volcanic rock mined from a local range, showing the beauty that lies within the beast.

The Monolith Series is made out of Combarbalita, a semiprecious stone that's forged through the immense pressure that volcanoes generate. While every piece in the series is indeed crafted from that same material, they display a vast array of colors and patterning. This shows the rich mineral deposits that come from volcanoes, and it demonstrates the generative properties that the geological features possess.
2.2
Score
Popularity
Activity
Freshness
Access Advisory Services