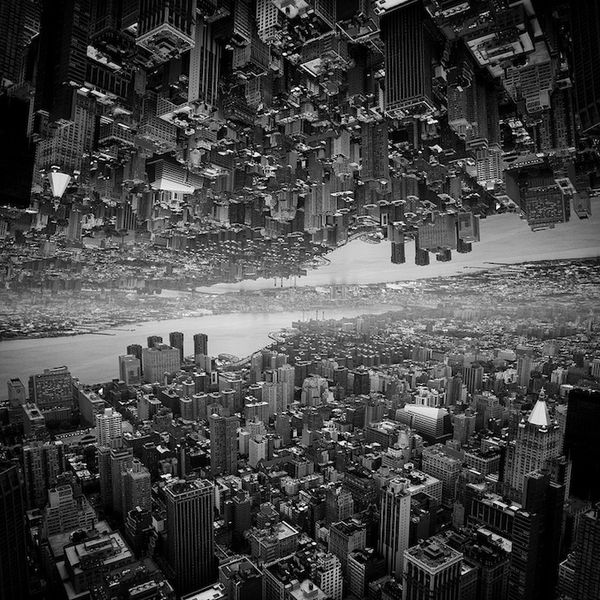 Tiffany — December 12, 2013 — Fashion
References: artchipel
Share on Facebook Share on Twitter Share on LinkedIn Share on Pinterest
Oregon-based self taught photographer Brad Sloan has captured a series of photographs that has New York City meets inception inspired monochromatic cityscapes written all over it. Inspired by his three day trip to New York in 2012 and over 3,000 pictures later, he discovered his love for urban photography.

His photography isn't as simple as black and white cityscapes, he photoshops them and reflects the city onto itself, cloning the frantic hustle and bustle of the Big Apple, forcing viewers to take a step back and analyze what they see. On his techniques as a photographer, Sloan says, "[p]hotography is about your interpretation of what you are seeing and hopefully being able to translate that interpretation into presentation."

Although Sloan claims that his passion for photography is a hobby, his pictures say something completely different. His incredible perspective and insight as a photographer with a sharp eye, converts photographs of the streets, landmarks and the building architecture of New York into sublime images of architecture that seems more surreal than real.
2.1
Score
Popularity
Activity
Freshness
Access Advisory Services

Photography-Inspired Illuminators
The Lights A, B, C Encourage Creative Reapplications and DIY