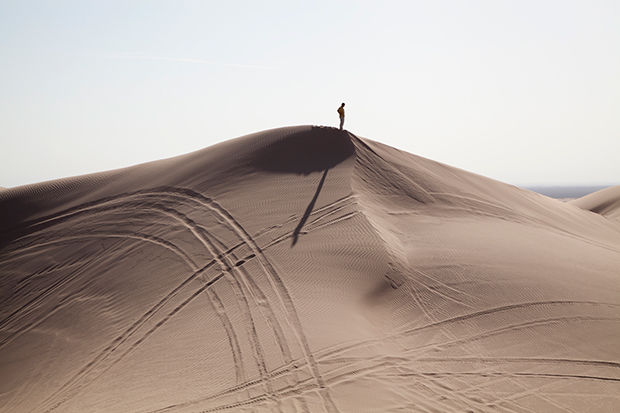 These Photos of the Mojave Desert Show It Holding Its Own

These photos, taken around Arizona, New Mexico and California, depict moments in which humankind and the wilderness meet. Oftentimes, they become locked in battle but in some cases, find ways to tolerate and perhaps even enjoy each other.

This isn't the first time a photographer has gone out and taken photos of the desert. But what makes this photo series unique is that it depicts the Sonoran and Mojave deserts in their present-day situation, constantly involved in an uncertain, precarious and occasionally joyous interaction with mankind. These photos show the pride of the desert as it fights back against human influence, holding its own.