Real Guitars for Gamers
Next
Set of
Related
Ideas 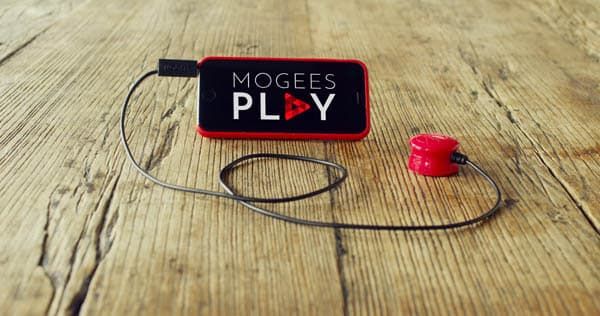 Joey Haar — July 9, 2016 — Tech
References: mogees & gizmag
Share on Facebook Share on Twitter Share on LinkedIn Share on Pinterest
For anyone who constantly bangs out rhythms on their desks or kitchen tables can now rejoice and tap with abandon thanks to the Mogees Play app from East London company Mogees. Allowing users to "play the world," Mogees Play is a small, disk-shaped piece of hardware that can stick almost anywhere and connects to a smartphone app where users tap along with music. The Mogees Play disk has a vibration sensor that works on virtually any surface, letting gamers tap beats on most items.

The Mogees Play will come with three apps. 'Pulse' is the game function, a Guitar Hero-esque play-along that simultaneously helps teach musical tenets like rhythm, timbre and tempo. Next, the 'Jam' app provide simple looping tools and sound options to let users create their own beats based on the acoustics of the attached object, and the 'Keys' app lets users select tones, melodies, and even chords.
1.7
Score
Popularity
Activity
Freshness
Access Advisory Services