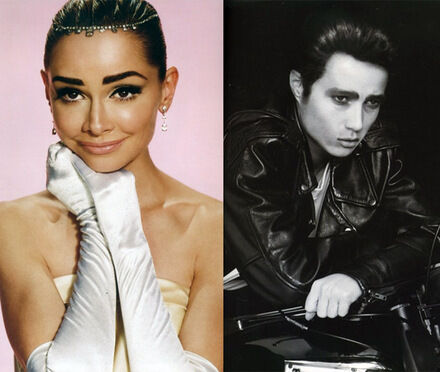 Professional make-up artist Kevyn Aucoin did such an impressive job turning modern celebrities like Calista Flockhart into Old Hollywood celebrities like Audrey Hepburn, he was able to publish an entire book, Face Forward, filled with the images.

Kevyn Aucoin died in 2002 at age 40, so unfortunately we’ll never get a chance to see him turn Britney Spears into Brigitte Bardot, but we can enjoy the work he did do.
6
Score
Popularity
Activity
Freshness
Get Better and Faster