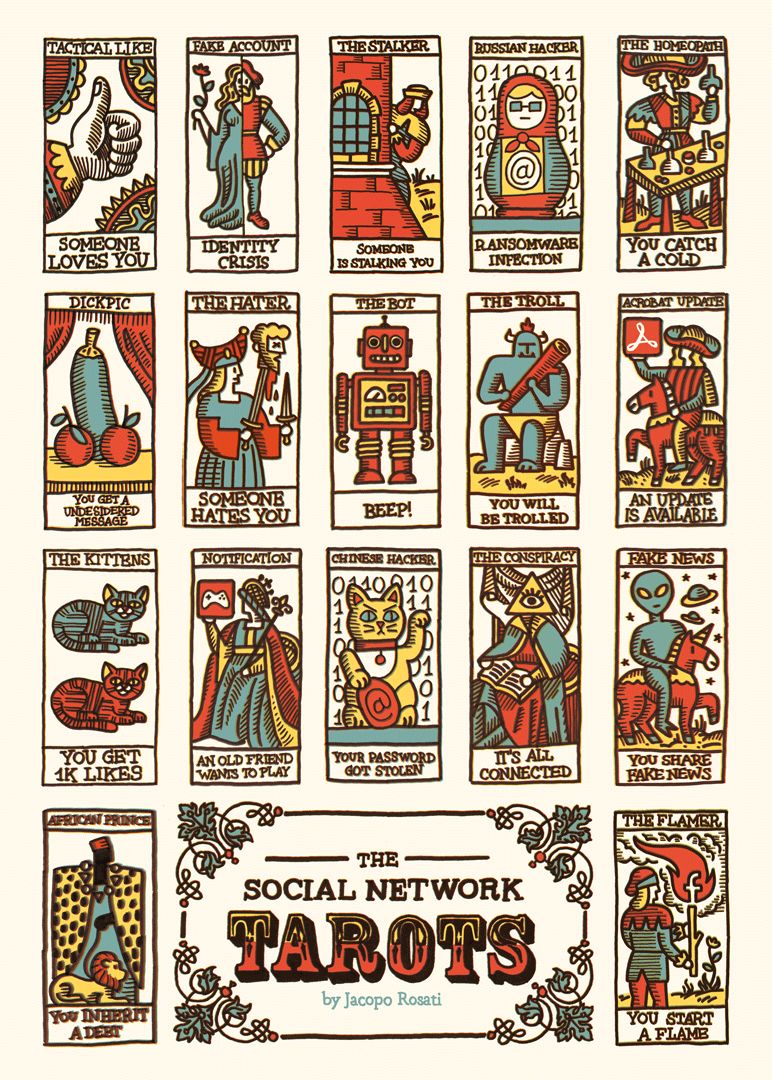 In place of characters like The Magician, The High Priestess and The Fool that can ordinarily be found in traditional tarot card decks, The Social Network Tarots project depicts African princes, bots, trolls, hackers, haters and other mainstays of the web like cute kittens and like buttons. In the same way that the imagery on tarot cards is full of symbolism, these cards incorporate clever details inspired by the digital age.

For the project, Rosati printed the illustrations on a silkscreen, bringing a tactile feel to components of the Internet that are rarely found beyond technology screens.
4.3
Score
Popularity
Activity
Freshness
Get the 2021 Trend Report FREE