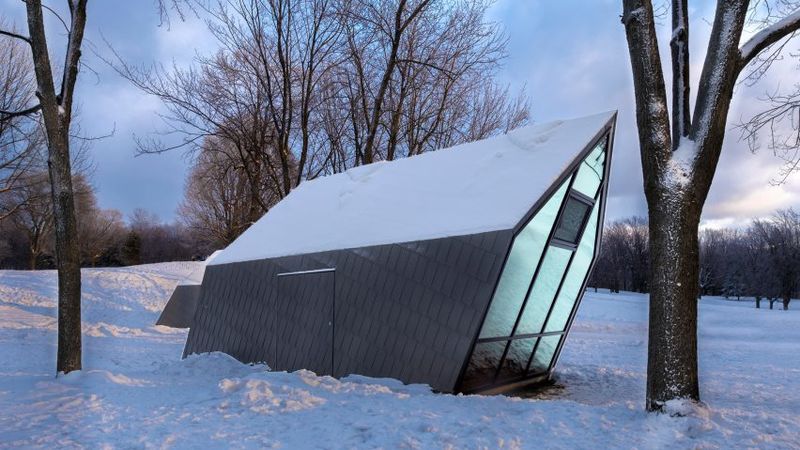 Madison Mackay — January 29, 2018 — Art & Design
References: atelierurbanface & dezeen
Montreal-based design company Atelier Urban Face created three modern leaning kiosks that are situated on Beaver Lake in Mount Royal Park. Each kiosk was placed at a different angle to look as though they are being blown by the wind.

Although the three new designs look similar, each structure serves a different purpose and was made to lean at a different angle. The first structure was made to host visitors and field trips. With walls tilted at 10 degrees from vertical, this kiosk can hold up to 30 people at once. Featuring a 20-degree incline from vertical, the second structure was made to hold equipment for park services—as well, it doubles as a first-aid station. Finally, the third kiosk has the most extreme lean at 30 degrees and was created to be a ticket office.

These three modern leaning kiosks all feature a sleek minimalist design on the interior and exterior.
4.9
Score
Popularity
Activity
Freshness