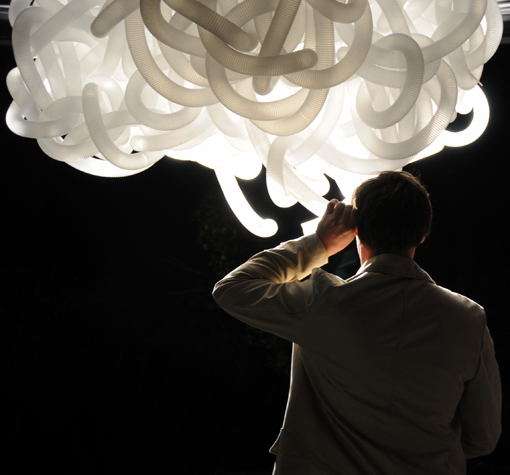 The Mode:Lina Audiochmura Project Is a Cloud of Soothing Sounds

Meghan Young — October 28, 2009 — Art & Design
References: modelina-architekci & plusmood
Share on Facebook Share on Twitter Share on LinkedIn Share on Pinterest
I’ve never been to an interactive art installation before, but if I ever do (which I hope is sooner rather than later) I would have loved to see this mode:lina Audiochmura project. Designed to look like an ephemeral cloud, it encompasses a feeling of movement that, to me, evoked the idea of worms. I think I’ll stick to the more romantic former notion.

Inspired by Sonicarchitecture, the mode:lina Audiochmura project is an Audiocloud that aspires to drown out urban noise with more soothing acoustics. Visit Plusmood.com for more information.
1.9
Score
Popularity
Activity
Freshness
Get Better and Faster