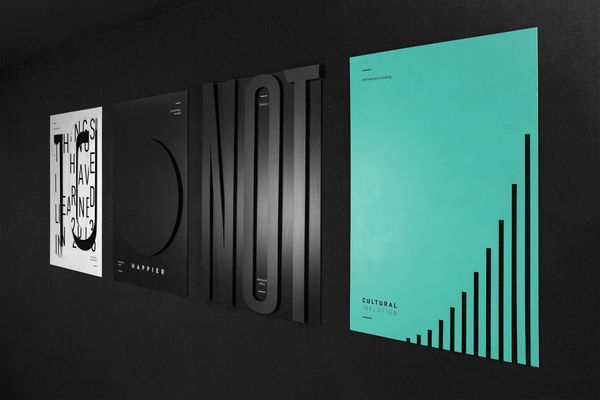 The Croatian designer and visual artist is exhibiting his creative series of minimalist typography posters at the Boonika Gallery in Zagreb, Croatia until the end of February 2014.

The series features realizations and statements such as "If I could always be myself I would be much happier," "The internet is creating cultural inflation," "Forgetting to be original is too easy," and "If you work for a living even though you might love what you do, you will still have to work. Confucius was wrong."

Using block colors, simple lines and truthful statements, the designer and his typography posters are bound to be a hit.