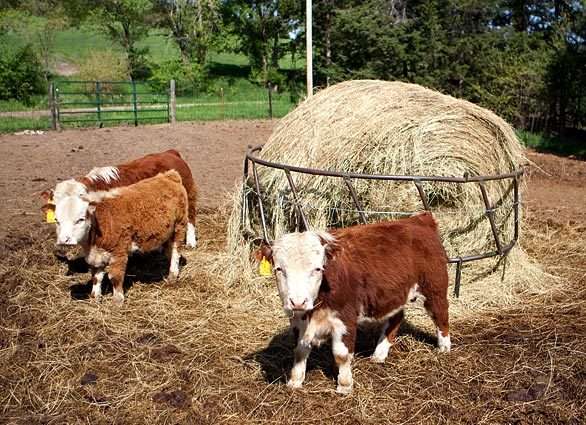 Marissa Brassfield — May 24, 2009 — Business
References: latimes & twitter
It’s a tough market for farmers, and some are channeling their corporate brethren by doing some downsizing of their own by switching to miniature Hereford cows.

Unlike big cows, which can weigh over 1,300 pounds, miniature Hereford cows only weigh 500-700 pounds. Since they’re smaller and naturally eat less, they can survive on grass rather than grass and feed. And according to a Hereford cow farmer profiled in the Los Angeles Times, each mini cow will still produce 2-3 gallons of milk daily.

Will more farmers turn to miniature Hereford cows to survive in this tough economy? It’s sure possible. The Los Angeles Times says that there are now more than 300 miniature Hereford breeders in the U.S. now—far more than the two dozen that existed in 2000.
2.7
Score
Popularity
Activity
Freshness