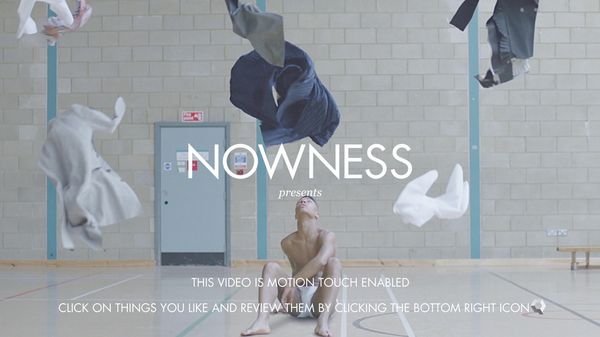 Mine All Mine by the NOWNESS Lets Consumers Shop In-Video

The NOWNESS film is designed to be compatible with Cinematique accounts, a platform for shopping from videos. While watching the video, consumers can click on items of interest and view them later with Cinematique.

The film itself beautifully presents this concept, as directors Luke White and Remi Weekes describe it, it's a "game of tag with clothes" between dancers from London’s Sadler’s Wells Theater. The film doesn't adhere to traditional gender roles, as men and women fight for pieces that are worn by both sexes, including garments from big-name designers like Louis Vuitton, Kenzo, Bottega Veneta, Rick Owens and Maison Martin Margiela.
4.6
Score
Popularity
Activity
Freshness
Attend Future Festival Virtual