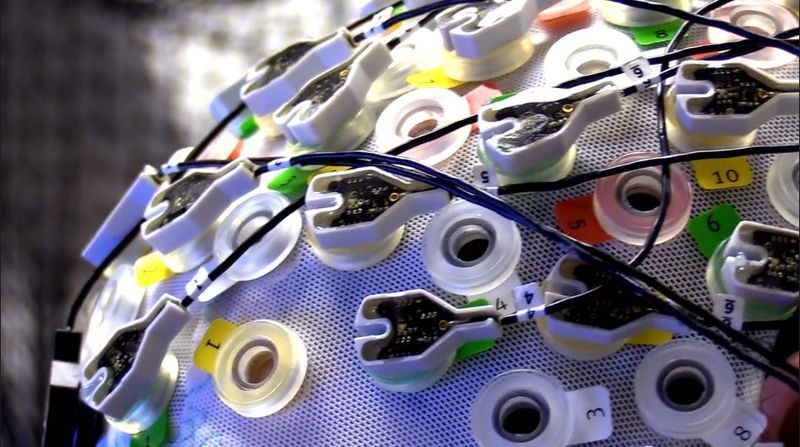 Joey Haar — July 20, 2016 — Tech
References: vimeo & thenextweb
Share on Facebook Share on Twitter Share on LinkedIn Share on Pinterest
Mind-control was once a relic of corny old movies and pulp fantasy, but today, with advances in both neuroscience and robotics, researchers have discovered mind-controlled drone technology. Panagiotis Artemiadis, the lead researcher at Arizona State University's Human-Oriented Robotics and Control Lab, has pioneered an electrode-covered skull cap that allows its wearer to control not just one, but up to four drones simultaneously using only their thoughts.

The science revolved around the brain's capability to analyze and decipher swarms. From an evolutionary standpoint, having a strong understanding of swarms is important, as things that swarm (e.g. rats, locust, cockroaches, et cetera) often carry disease and need to be avoided. After gaining an understanding of which areas of the brain deal with swarms, the researchers were able to connect electrodes to those points and essentially read a user's thoughts, allowing multiple mind-controlled drones to be operational at once.
4.3
Score
Popularity
Activity
Freshness
Get the 2021 Trend Report FREE