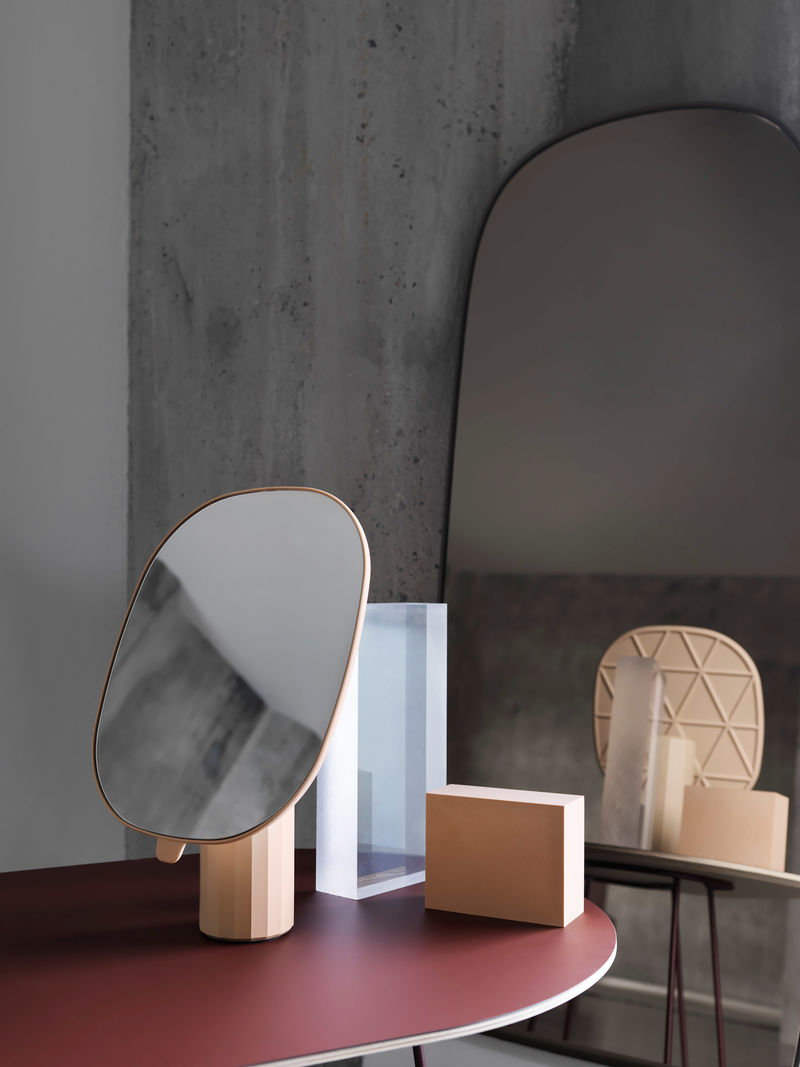 Amy Duong — January 19, 2018 — Art & Design
References: dezeen
Share on Facebook Share on Twitter Share on LinkedIn Share on Pinterest
Crafted by France's Normal Studio for Scandanavian brand Muuto, Mimic mirrors are a reimagined version of plastic mirrors that are used in Parisian barber shops. With the vision to make the classic table mirror something that is modern, Jean-François Dingjian and Eloi Chafaï from Normal Studio designs the Mimic mirrors. The mirrors are made with a plastic surrounding around the face of the mirrors and a cement stand. The name of the mirror is from the repetition of components in its design, such as the angles around the stand, the patterned triangles behind the mirror, and of course the actual reflection of the mirror.

Dingjian and Chafaï states that the "Mimic Mirror grew from the idea of having a table mirror with a sculptural expression, making for a design that is both an object of decoration and use." The designers aim to have both harmony and space co-exist by adding refreshing expression through new approaches. The Mimic mirror will be releasing at IMM Cologne later this week.
2.1
Score
Popularity
Activity
Freshness
Attend Future Festival