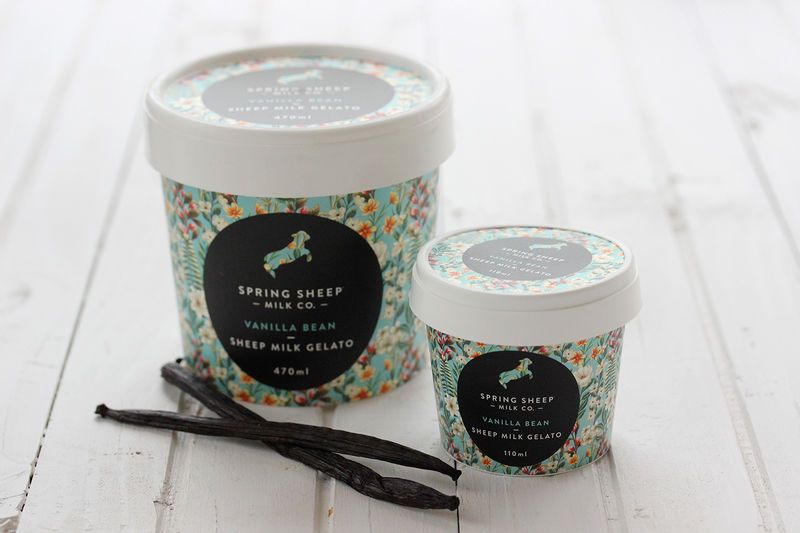 Laura McQuarrie — July 16, 2016 — Lifestyle
References: springsheepnz
Share on Facebook Share on Twitter Share on LinkedIn Share on Pinterest
Milk gelato desserts differentiate themselves by using more milk, as well as less cream and eggs and being churned at a slower rate that results in a dessert that's denser than most ice creams on the market. The Spring Sheep Milk Co. in New Zealand sets itself even further apart from other gelato creators by using a base of sheep's milk.

The brand's Vanilla Bean Gelato is made with farm fresh sheep's milk from New Zealand and high-quality Bourbon Vanilla from Madagascar. The Spring Sheep Milk Co. also makes a Dark Chocolate Gelato that incorporates a rich flavor from 70% cocoa.