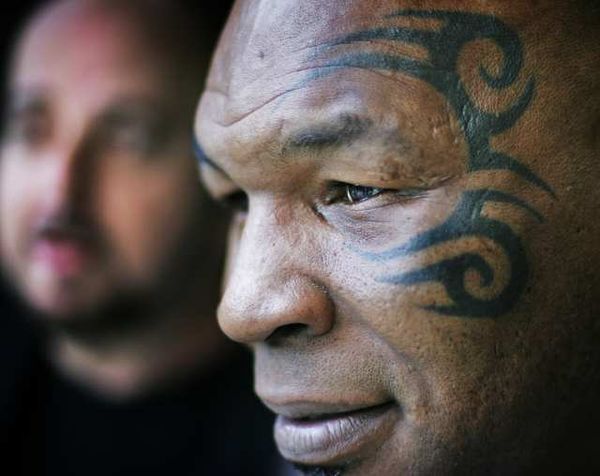 Sarah Moore — March 7, 2012 — Pop Culture
References: latimesblogs.latimes & latimesblogs.latimes
Share on Facebook Share on Twitter Share on LinkedIn Share on Pinterest
Kid Dynamite will hit the MGM Grand in April with his one-man show, 'Mike Tyson: Undisputed Truth.' Returning to the scene of the infamous 'Holyfield ear-biting-incident,' the boxing heavyweight will attempt to pack as many raw Tyson-isms into an evening as possible -- without throwing a single punch.

Known for his ferocious and unpredictable behavior, the fighter will spend 6 nights sharing stories of what it means to be feared and revered with Las Vegas audiences. Despite being known for his fighting spirit, Tyson will be showing a more intimate side of his life by using his words instead of his fists.

The success of Mike Tyson: Undisputed Truth could be hard to measure as show-goers may keep mum on their real opinions to avoid feeling the famous wrath of Tyson -- or, to ensure that they keep both of their ears.