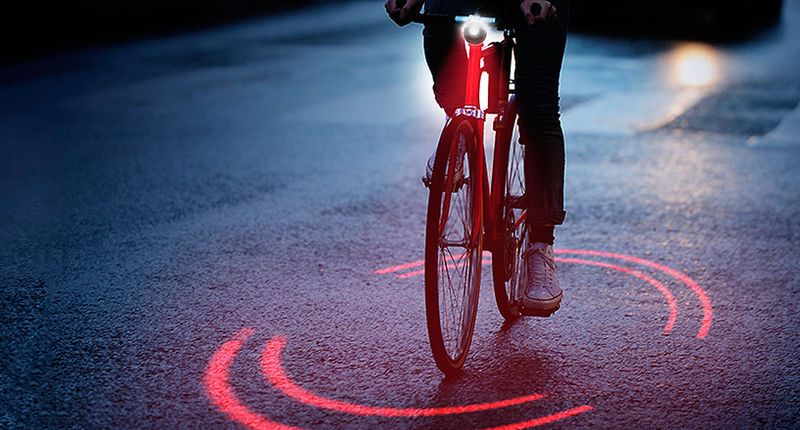 Michelin's ‘Bikesphere’ Protects Cyclists with a Red Ring of Lasers

Ellen Smith — June 12, 2017 — Eco
References: digitaltrends & designboom
Share on Facebook Share on Twitter Share on LinkedIn Share on Pinterest
Michelin's 'Bikesphere' uses red lasers to create a protective circle around cyclists, making them undeniably visible to drivers. Very rarely do cars give bike riders the respected distance the law requires of them when over taking cyclists, resulting in an estimated 5,000 preventable accidents annually. Bikesphere aims to combat this by using its lights as a proximity detector, ensuring cars give cyclists the proper amount of space when passing.

The bike lights rest comfortably on the cyclist's handle bars and use sensors to detect when a vehicle is approaching. As the vehicle gets closer, Bikesphere will intensify its laser projection to alert the driver, highlighting how much space is needed to safely overtake.

The Bikesphere was created to coincide with Michelin's 'trendy drivers' movement, which aims to "change the habits of drivers and reduce accidents on the road."