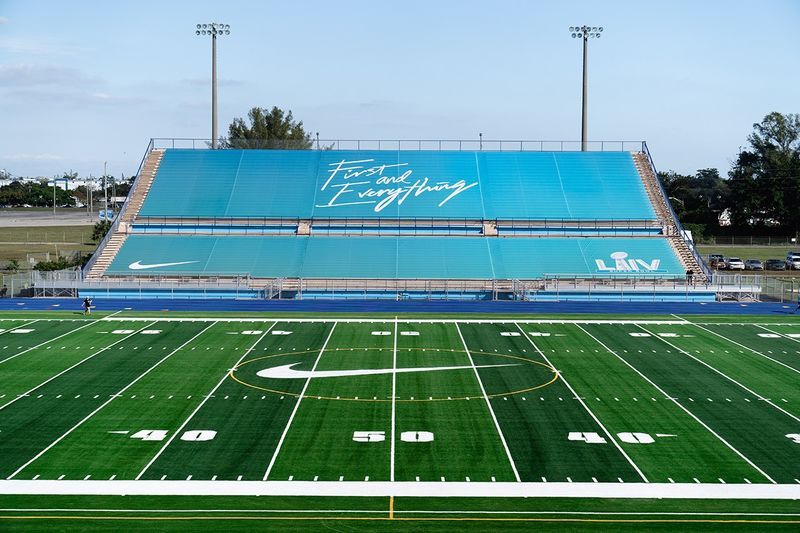 Nike Made Sustianable Changes to a Miami Football Stadium

Daniel Johnson — February 7, 2020 — Eco
References: nike & hypebeast
Share on Facebook Share on Twitter Share on LinkedIn Share on Pinterest
Before the Super Bowl, Nike added a number of sustainable features to the Traz-Powel Miami Football Stadium. The stadium is named after a Mami athlete, and it is used by local athletes. The new field was created using 282,000 pounds of Grind Infill, which is comprised of recycled rubber, sourced from the company's manufacturing efforts. Also included in the new design was an eco-conscious lighting system, which can light the bleachers with team colors.

Other eco-friendly features were added to the entire Miami football stadium, including the track, press box, and locker rooms.