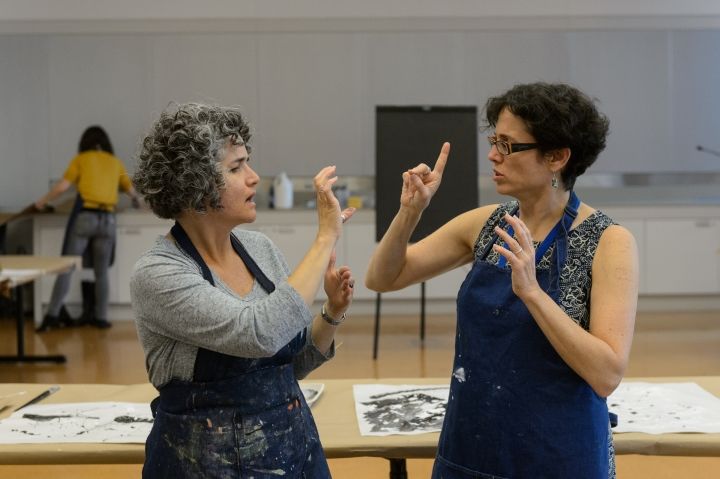 Justin Lam — April 24, 2018 — Tech
References: hyperallergic & fastcompany
Share on Facebook Share on Twitter Share on LinkedIn Share on Pinterest
The Metropolitan Museum of Art has been hosting ASL tours since 2001, but the museum has recently improved its Met Open Access initiative that will present ASL tours of artwork over Facebook Live. The Met Open Access initiative was first launched in February of 2017 and saw hundreds of thousands of high-resolution images of works being available for free and unrestricted access online. This increased the accessibility of artwork on a massive scale, but the Metropolitan Museum of Art has taken it a step further by offering ASL tours of the artwork over Facebook Live.

The ASL Met Open Access initiative has already shown a few exhibits through Facebook Live, including tours of the Rodin exhibit, the Diamond Mountains: Travel and Nostalgia in Korean Art exhibit and Umberto Boccioni’s “Unique Forms of Continuity in Space.” Each live exhibit has received a high amount of praise and continued work is being planned to make art accessible to all.