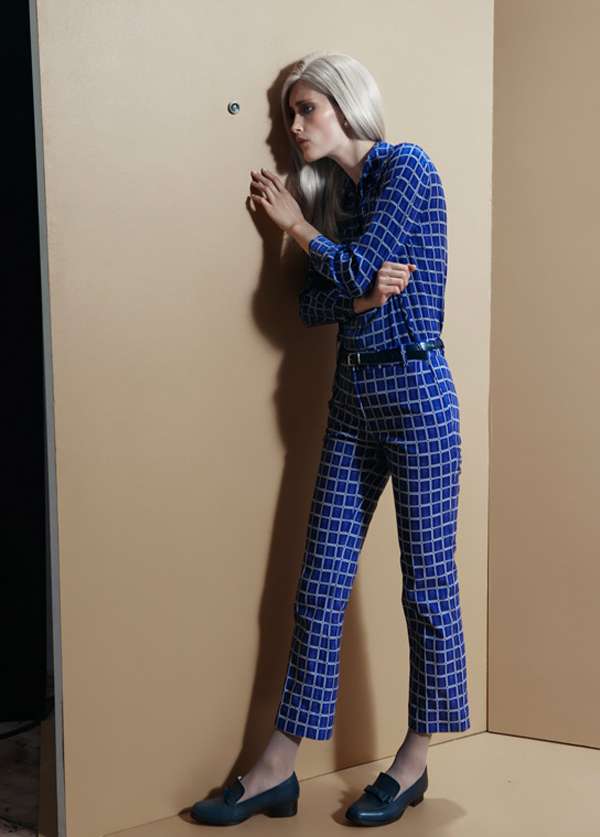 The Peter Jensen Resort 2012 Collection is Inspired by Meryl Streep

Jordy E — March 4, 2012 — Fashion
References: peterjensen & hollywoodreporter
Share on Facebook Share on Twitter Share on LinkedIn Share on Pinterest
Danish-born fashion designer Peter Jensen is no slave to the machine. Based in the UK, Jensen has been highly regarded among the purveyors of haute couture for his willingness to embark upon all kinds of uncharted territory. His Resort 2012 collection does just this, only this time he has successfully merged his muse Meryl Streep with his love for motion pictures.

Admittedly inspired by the chic visions exuded by Streep in films such as 'Kramer vs. Kramer' and 'Manhattan,' Jensen has created a sophisticated business-savvy line featuring a model with graying hair, a choice that resonates with Streep’s most recent role as Margaret Thatcher in 'The Iron Lady.'

Aside from the clear connection between the line and Streep’s most famous looks (one which will likely be painstakingly evident to her ardent fans), Jensen has blatantly called his creations 'Meryl,' a move that has accorded the star with the designation she is deserving of.
2.2
Score
Popularity
Activity
Freshness
Attend Future Festival Virtual